Just a few years back we used to consider some of the ethnic and tribal foods now available in most of the Hotels and restaurants in Nepal as a poor man diet. But now it has become the symbol of our identity and pride food culture, such dishes are internationally promoted through Nepalese Restaurants and Grocery stores to tourism industries of Nepal. These foods are getting popular in ethnic restaurants and international markets in the western world where people of Nepalese origin feel the pride to purchase and consume on their special occasions too.

You’re probably already familiar with these unique foods of the Himalayan regions, they are Gundruk, Sinki, Tama, Mesu, Maseura, Kinema, buckwheat, millets, Lapsi, soybeans, Durkha or chhurpi, dried and pickled meat and vegetables, etc. These foods are eco friendly and low cost food items for many rural areas where they use it in their off seasons. It’s time to promote these foods as our ethnic cultural cuisine during our Visit nepal 2020 events and market it internationally. This will help to uplift the economic status of rural Nepal and helps to promote and preserve our cultural foods. Let’s promote not only our tourism but our culture and cuisine which has a huge potential to establish as our Holistic foods. Most of them are healthy gluten free , vegan and organic and sustainable.

Although the use of these foods items in tribal diet continues to be an age-old traditional practice, mostly in rural and indigenous communities of Nepal, Bhutan and most of the Northeastern part of India. Some of the foods were little known to mainstream foods consumers but in recent years these foods are getting center of attractions in ethnic festivals, fairs and promoting culture and local foods of the regions. There arises an immense need to explore them as a food source, their nutritive and medicinal values, the microbiological and economic importance of these ethnic foods that can be marketed in international food industries with a holistic perspective. Some of these are popular in Asiatic countries and constitute a major component of their traditional cuisine and now it is slowly gaining attention even in western countries. 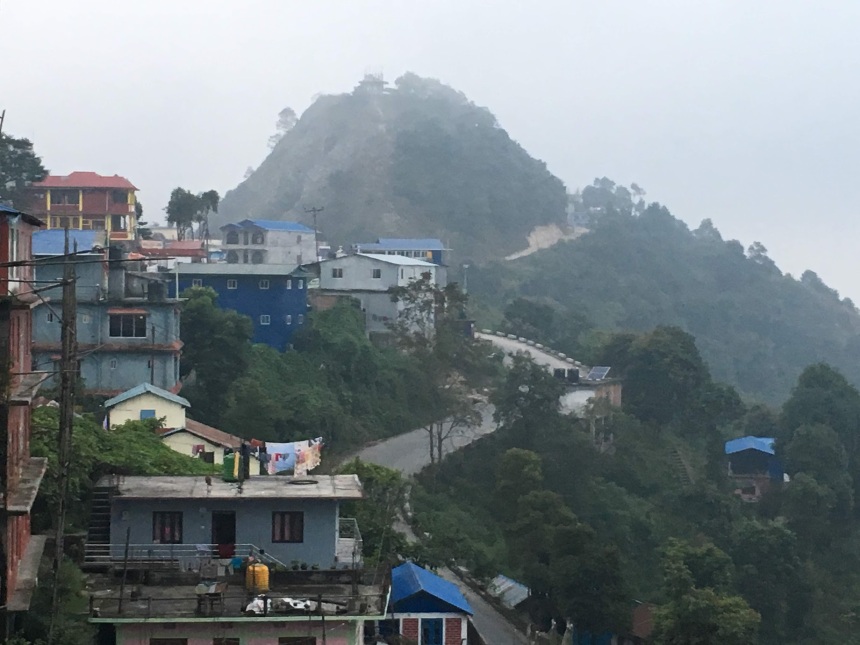 Like the Bamboo Shoots Being low in fat, high in dietary fiber and rich in mineral content, like an ideal vegetable, these have been used traditionally by tribal people for decades . In recent years, these have attracted many research groups in Asia and evidences showed the immense nutritive and medicinal potential of Bamboo as it has been used in various traditional systems of medicine like Ayurveda. A deep insight into the biological and biochemical basis of indigenous knowledge of the ethnic people of Northeast India and Nepal for the production of non-perishable, sun-dried and fermentation helps to develop both low-cost functional foods, and understand the functionality of microbial diversity. With the growing demand and popularity of these ethnic and aged old poor men’s diets have become the identity of a certain community to the National level and getting attraction to rich people as a delicacy. Sot these foods are now no more a poor man’s diet or feel humiliated or inferior while cooking such ethnic and strong-flavored foods to our guests. In the past decades these foods were never served to any relatives or guests on special occasions. But now it has become their identity and pride.

In recent years health food specially fermented or probiotic foods have become the main attraction to health-conscious people of the western world, so it’s time to promote our hidden treasure or even forbidden food to the international market.

Though the preparation of various such ethnic fermented, sun-dried food products are traditional, local, unorganized and based on the taste of the local people if we scientifically study and promote it’s potential holistic health benefits, certainly in the near future, these foods hold the prospect of value-added importance in the food industry. , Gundruk, Kinema, and fermented Bamboo shoot no doubt form an important food source from the plant origin in some of the Asian countries but these have great potential to be widely accepted in several other dishes all over the world. There is an urgent need to do intensive research to explore and identify the values of these fermented foods which we consider as rich in all the goodness of nature that can be promoted as health foods. So that it can be sell in the international food market in terms of food and nutritional values, a thriving economy revolves around these foods, its nutritional values, health aspects, its microbiology and the prospect of bioprospecting various microflora which bring out natural fermentation since we add nothing to fermented these foods and time and process of fermentation itself make it sour and ferment well enough to give special fragrance to our dish.
Just for example I have read an article about the bamboo shoots which has a lot of health benefit likes anti-oxidant, anti-free radical, anti-aging, anti-cancer, prevent cardiovascular disease, weight loss, to improve digestion, decrease blood pressure, and anti-microbial activity due to the presence of different flavones, glycosides.
We have seen this fermented plant-based vegetation not only has extended shelf life but fermentation also enhances the safety of foods using the natural microflora and their antibacterial compounds. According to the latest research conducted in some of the Indian Universities, Lactic acid bacteria (LAB) are the dominant microorganisms in ethnic fermented vegetables and bamboo shoot products of the Himalayas. Various tradition foods prepared from fermented bamboo shoots can be a potential source of LAB. LAB prevalent during the fermentation process, produce various aroma, taste, visual appearance, texture, the shelf life of these foods. We know varieties of fermented foods and beverages like Tongba are traditionally prepared and consumed, and even marketed locally in rural and mountain regions of Nepal and some parts of India. Any edible product prepared from raw or cooked based on plant or animal as fermented food add self-life and consume throughout the year or during the off-seasons in those areas, these practices are common among the tribal people of most of the Asian countries including Nepal and India.
more research needs to be done to determine whether or not these foods are meaningful in the big picture of your everyday diet, therefore The purpose of this article is not only to explain the importance of these foods but to open a door to make it aware to do intensive research and bring its goodness to international food industries. This article will be followed by series of the recipes soon to make these dishes in your convenience and easy step to follow.

Please keep visiting my site and send your feedback and comments so that I can share more in the near futures. – author /Chef Dhruva